sevenSage
Don't let the science stop you, it's about what makes you feel good ! 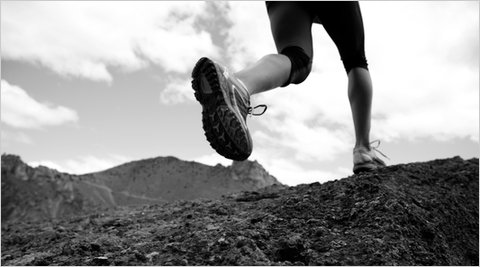 For decades, endorphins have hogged the credit for producing “runner’s high,” that fleeting sense of euphoria and calm that many people report experiencing after prolonged exercise. Who among us, after an especially satisfying workout, hasn’t thought, “ah, my endorphins are kicking in.” Endorphins are the world’s sole celebrity peptide.

Endorphins first gained notoriety in exercise back in the 1980s when researchers discovered increased blood levels of the substance after prolonged workouts. (Endorphins, for those who know the word but not the molecules’ actual function, are the body’s home-brewed opiates, with receptors and actions much like those of pain-relieving morphine.) Endorphins, however, are composed of relatively large molecules, “which are unable to pass the blood-brain barrier,” said Matthew Hill, a postdoctoral fellow at Rockefeller University in New York. Finding endorphins in the bloodstream after exercise could not, in other words, constitute proof that the substance was having an effect on the mind. So researchers started to look for other candidates to help explain runner’s high. Now an emerging field of neuroscience indicates that an altogether-different neurochemical system within the body and brain, the endocannabinoid system, may be more responsible for that feeling.

In a groundbreaking 2003 experiment, scientists at the Georgia Institute of Technology found that 50 minutes of hard running on a treadmill or riding a stationary bicycle significantly increased blood levels of endocannabinoid molecules in a group of college students. The endocannabinoid system was first mapped some years before that, when scientists set out to determine just how cannabis, a k a marijuana, acts upon the body. They found that a widespread group of receptors, clustered in the brain but also found elsewhere in the body, allow the active ingredient in marijuana to bind to the nervous system and set off reactions that reduce pain and anxiety and produce a floaty, free-form sense of well-being. Even more intriguing, the researchers found that with the right stimuli, the body creates its own cannabinoids (the endocannabinoids). These cannabinoids are composed of molecules known as lipids, which are small enough to cross the blood-brain barrier, so cannabinoids found in the blood after exercise could be affecting the brain.

<h6 class="kicker">Since that 2003 study, a flurry of research has been teasing out the role that endocannabinoids play in the body’s reaction to exercise. In some of Dr. Hill’s work, for instance, rats treated with a drug that blocked their endocannabinoid receptors did not experience the increase in new brain cells that usually accompanies running, suggesting that a well-functioning endocannabinoid system may be required for cognitive improvements from exercise. Other researchers have found that endocannabinoids may be what nudge us to tolerate or enjoy exercise in the first place. In an experiment published last year, groups of mice were assigned either to run on wheels or sip a sweetened drink. Running and slurping sugar previously were identified as pleasurable behaviors in animals. Now the researchers saw that both activities lit up and sensitized portions of the animals’ endocannabinoid systems, intimating that the endocannabinoid connection may lend both exercise and dessert their appeal.</h6>

But perhaps the most telling experiment was published last year by researchers in France who had bred mice with no functioning endocannabinoid receptors. Mice usually love to run, but the genetically modified animals, given free access to running wheels, ran about half as much as usual. Although the full intricacies of the endocannabinoid system’s role in motivating and rewarding exercise is not yet understood, it seems obvious, the researchers say, that the cannabinoid-deprived mice were not getting some necessary internal message. Typically, the endocannabinoid system “is well known to impact onto central reward networks,” the authors write. Without it, exercise seemed to provide less buzz, and the animals didn’t indulge as much.

Whether this accumulating new science establishes, or ever can establish, definitively, that endocannabinoids are behind runner’s high, is uncertain. As Francis Chaouloff, a researcher at the University of Bordeaux in France and lead author of the genetically modified mouse study, pointed out in an e-mail, rodents, although fine models for studying endocannabinoid action, “do not fill questionnaires to express their feelings related to running,” and runners’ high is a subjective human experience. Still, endocannabinoids are a more persuasive candidate, especially given the overlap between the high associated with marijuana use and descriptions of the euphoria associated with strenuous exercise. One recent review article described them: “pure happiness, elation, a feeling of unity with one’s self and/or nature, endless peacefulness,” and “inner harmony.” Ahhhh.