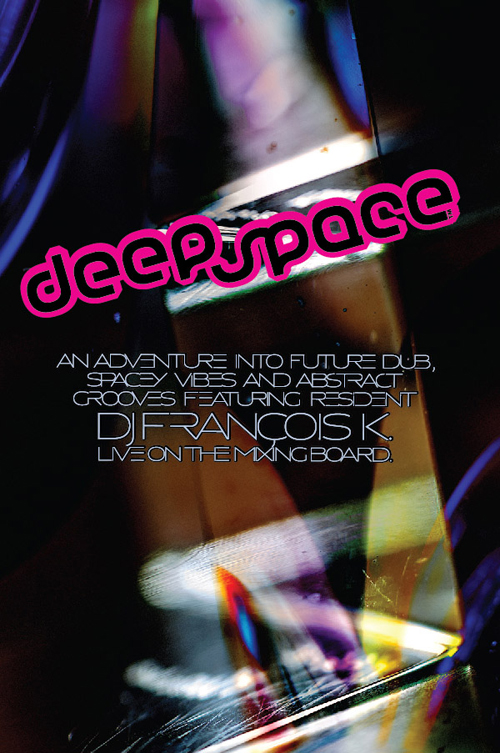 Deep Space is an adventure into future dub, spacey vibes, and abstract grooves featuring resident dj FranÇois K. live on the mixingboard every Monday at Cielo.

In 2005, FranÇois was inducted into the Dance Music Hall of Fame.